Award-winning Surrey sausage manufacturer Porky Whites appointed Jellybean to deliver an integrated PR and Social campaign to coincide with its new modern look packaging. Porky Whites briefed us to increase the brand’s profile and reach beyond its loyalist consumers in order to engage a new younger generation of consumers and people who’ve simply not heard of or tried Porky Whites before. Porky Whites had ambitious expectations of national media exposure and positive social media engagement with celebrities and influencers. 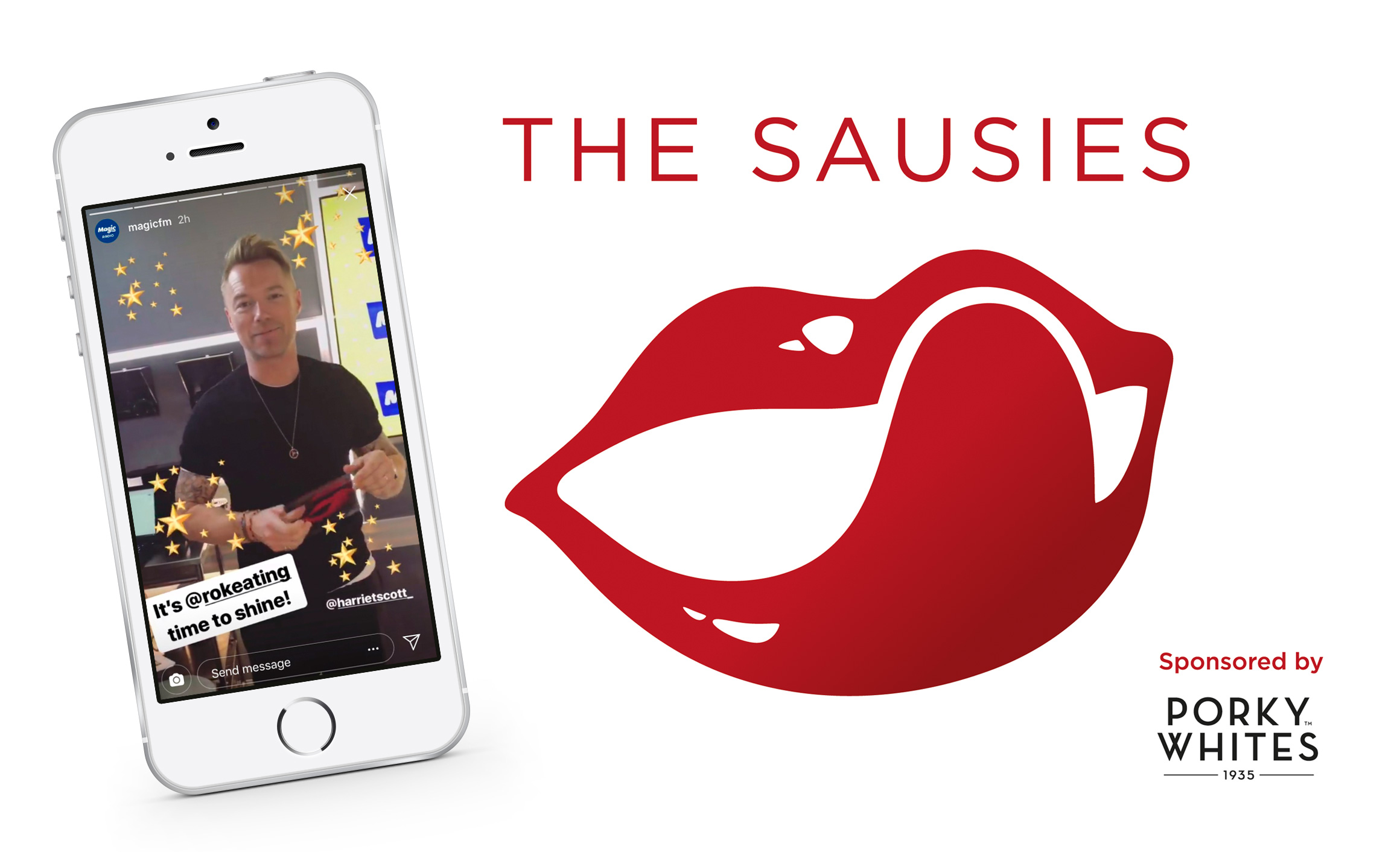 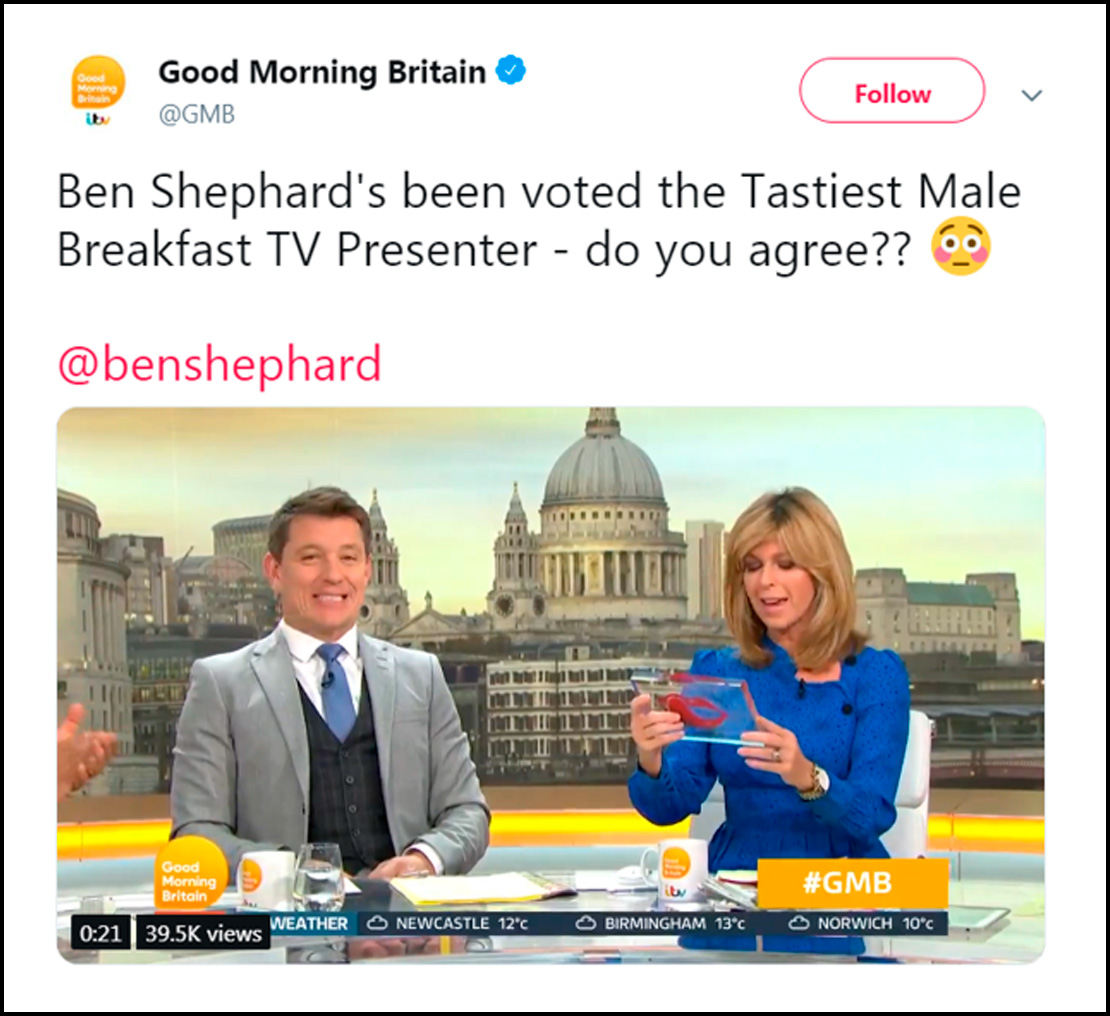 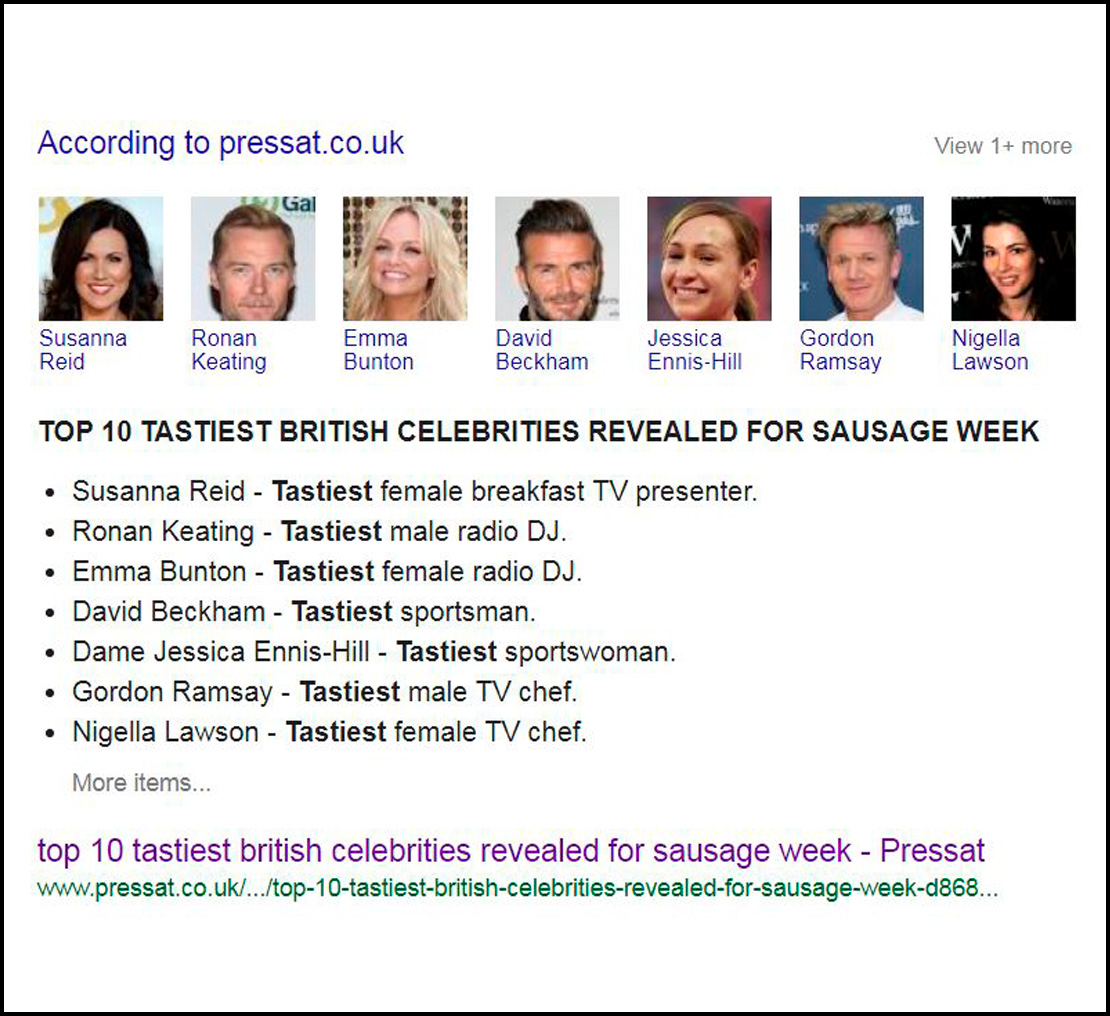 Using a simple consumer insight that their loyalist consumers consider Porky Whites sausages to be the tastiest in the UK, we set about creating a PR and Social campaign to truly celebrate this fact and to engage high profile celebrities and influencers in the process.

With our knowledge of celebrity culture and what makes headline news, we know there is huge appetite for celebrity awards. Whether it’s the Brits, the National Television Awards or even the Spectacle Wearer of the Year – these awards never fail to grab the headlines and put the winners and sponsors into the spotlight. But with just a small budget we had to think creatively…and that’s what we did.

We decided to create and launch our own Porky Whites sponsored awards to link the UK’s tastiest sausage with the UK’s tastiest celebrities and influencers. And so, the SAUSIES Awards was born. We invited over 1,000 members of the UK public, as well as our loyalist Porky Whites fans to vote for their tastiest celebrities. Votes were cast across thirteen different tongue in cheek categories from Tastiest Male Breakfast TV presenter, Tastiest Female Radio DJ, Tastiest Celebrity Female Chef and Tastiest Breakfast TV Duo. Voters were asked to rate celebrities on their personality, behaviour, fashion sense, appearance and more.

Our celebrity winners included some of the highest profile celebrities and media stars in the UK including Phil and Holly, Ronan Keating and Ben Shephard. With these results we knew we had created a ‘banger’ of a consumer interest story with big possibilities. But without a big budget to roll out the red carpet and invite our winners to a glitzy awards ceremony, we had to do things rather differently.

After weeks of planning we announced our winners through a virtual awards ceremony. The results were shared ‘live’ on our social media platforms which enabled us to engage with our winners and relevant media outlets such as This Morning, Magic FM and Good Morning Britain directly. In doing so we knew we would be able to achieve a huge reach by grabbing the attention of a very wide audience.

To coincide with the virtual awards ceremony, stunning personalised SAUSIES trophies were hand delivered to every winner. We also simultaneously sent a press release with details of all the winners to every news desk of every leading national newspaper, magazine, online, TV and radio station in the UK.

The impact of the SAUSIES Awards is best summarised by Fran Wyatt, Director of Porky Whites who was positively sizzling about the results.

“Jellybean has surpassed our expectations for this campaign, the SAUSIES has been the best-ever retail campaign for Porky Whites in its long history. Thanks to both Jess and Neil for all of their hard work on the campaign; it was a great concept from the start and has given us some exceptional brand awareness.”

The results we achieved not only exceeded every stretching KPI we had set, they delivered well-beyond the wildest expectations of the client… and that’s something we are truly proud about.

The success continued on Porky Whites’ own social media channels. During the month of the campaign versus the previous month the number of engagements increased by 1,519%, organic impressions increased by 1,010% and followers increased by 3.8%.

An estimated value of the exposure received was in excess of £150,000 which equates to a 15:1 ROI. The campaign helped the brand achieve its biggest boost in brand awareness amongst new consumers in its long history.