The summer of 2017 saw a brand new team take the helm at Hotelympia organiser Fresh Montgomery – one replete with new feature ideas, new ways of thinking and a vision to revolutionise the UK’s most prestigious hospitality trade event. Having overseen the PR strategy and onsite press office for a highly successful nine-year-run of shows, Jellybean was tasked with helping introduce the team to the industry, selling-in the new features and ethos, shaping the message, chairing a number of panel discussions and ensuring the visiting press were kept apprised of every launch, keynote talk, chef demonstration and competition taking place on the show floor. Oh, and there was the small matter of a fully embargoed, complete and total rebrand taking place on day one. 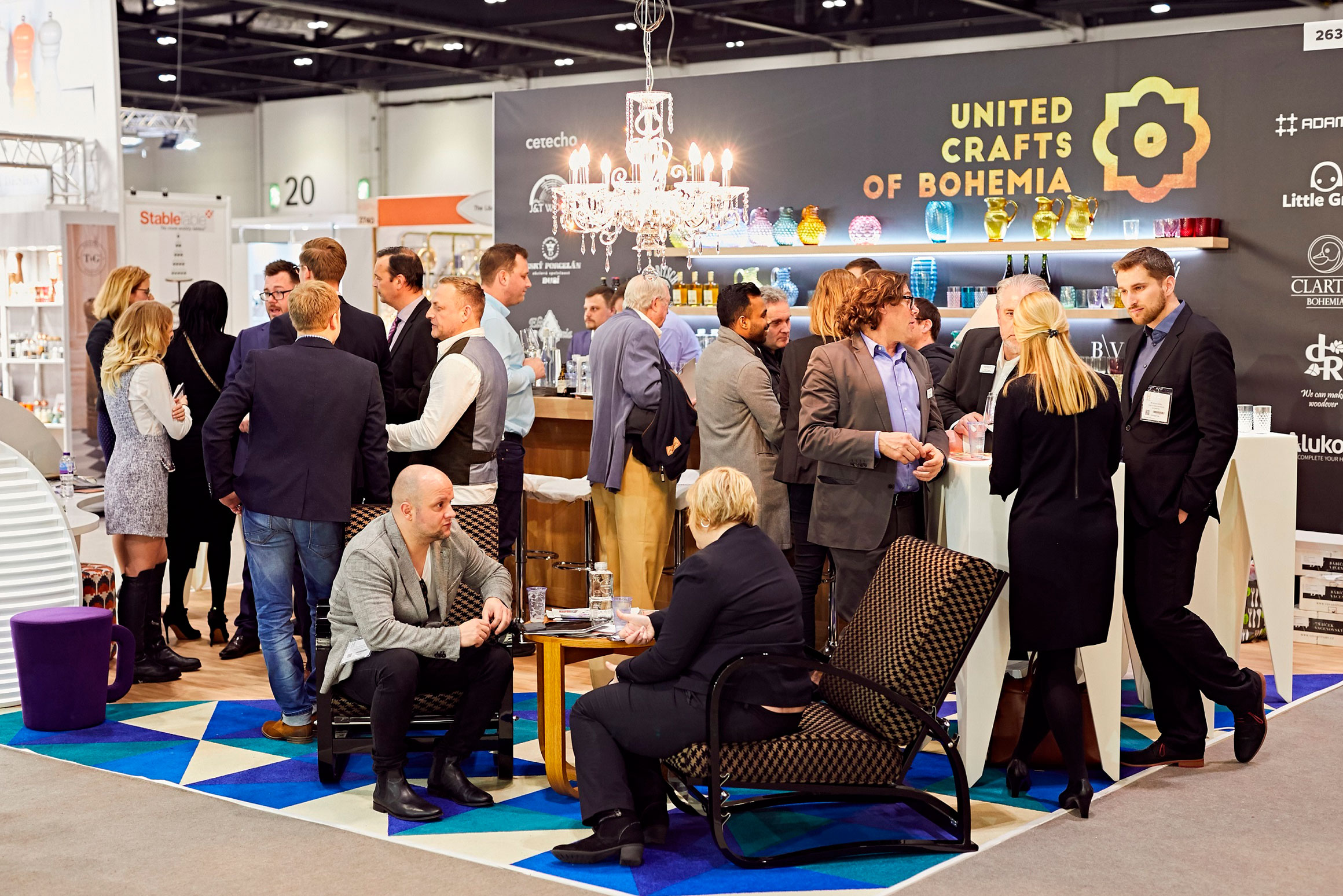 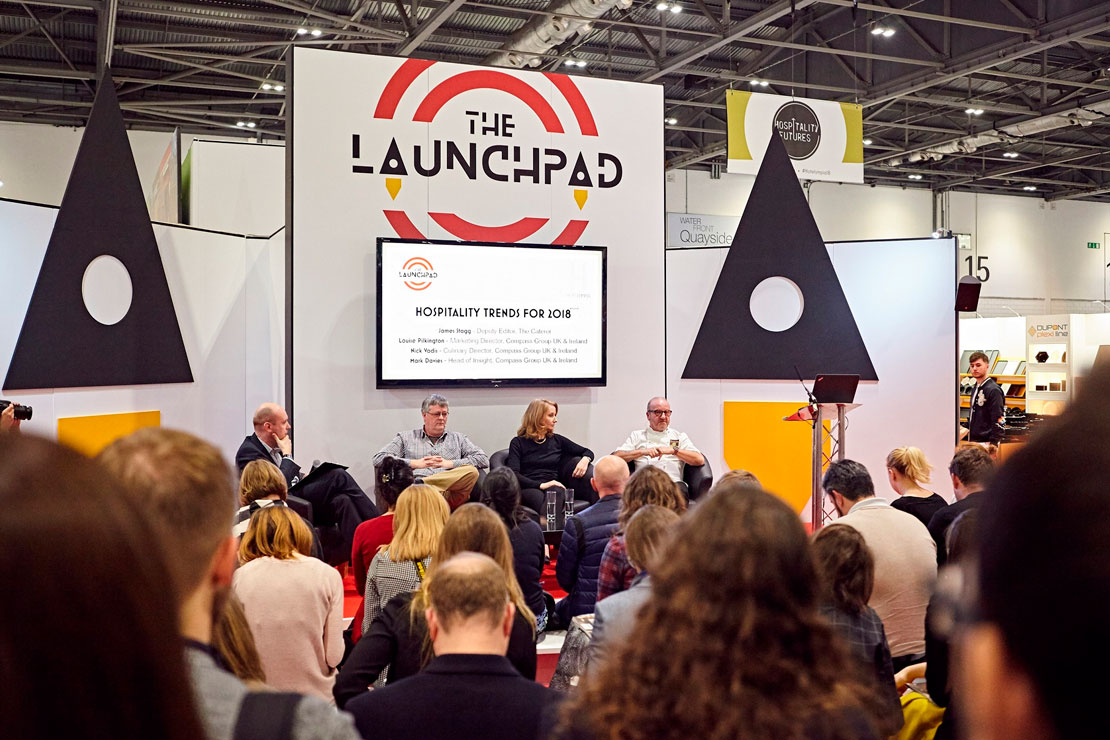 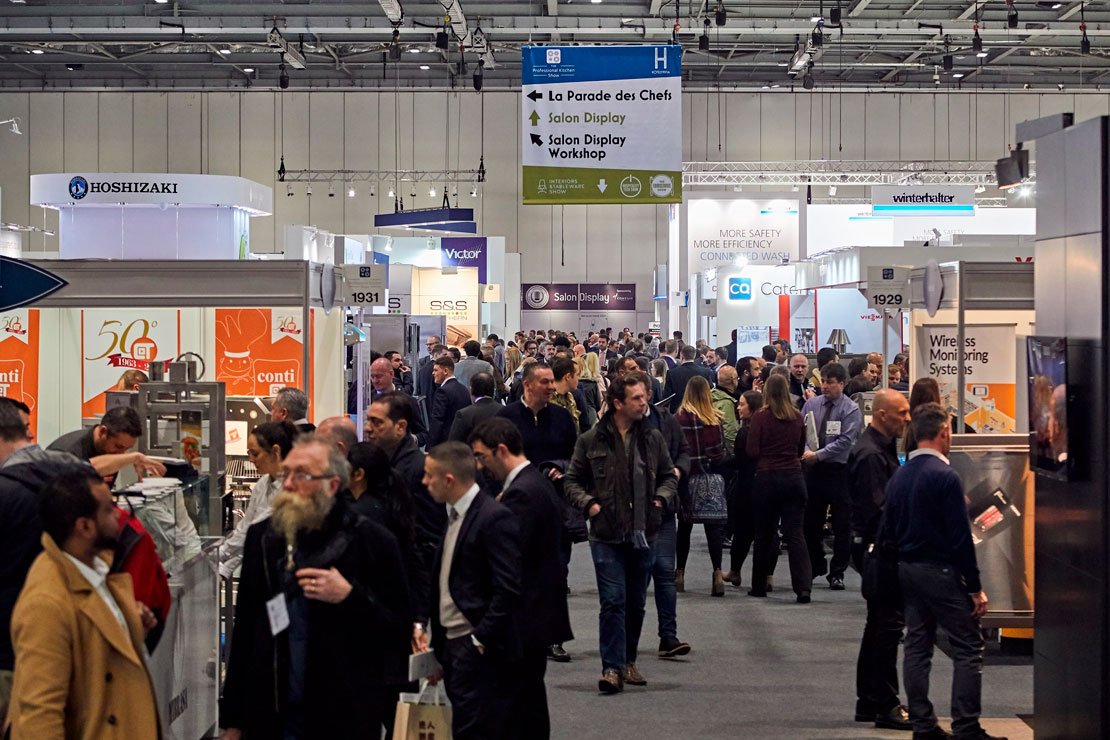 PR is built on relationships, so it was crucial that we quickly got under the skin of the new team, headed up by Ross Carter, who’s pedigree as exhibition director of the London Wine Fair saw him brought in to oversee the 2018 show. From the outset, modernisation was top of mind in his and his team’s thinking, with a strategy to introduce four new specialist events united under one roof as part of a fresh new identity. Audience segregation was a given, but it was quickly decided by Jellybean that each of the four new shows, The Foodservice Show, incorporating a coffee-focused Café Commerce section and feature; Hospitality Tech Show; The Professional Kitchen Show and Interiors and Tableware Show, would have its own bespoke content and angles for sell-ins to the press.

Jellybean was also instrumental in helping source luminaires to be involved in a pre-show steering committee meeting, held at London’s Café Royal Hotel, where much of the show’s content was shaped.

The team was also keen to create three new branded knowledge hubs instead of one central stage – each concentrating on a different aspect of the industry. The Launchpad would focus on innovative start-ups, The Tech Innovation Stage would give visitors the chance to stay up to date with the latest hospitality technology, while Hospitality Futures would provide strategies and ideas on issues like Brexit, staff retention, guest experience, sustainability, the sugar tax, allergens and women in hospitality. Jellybean yet again opened its black book of contacts, helping the show to attract relevant keynote speakers, while our Managing Director Susan and Group Account Director, Neil, even chaired some of the insightful panel sessions throughout the show.

With a real focus on the challenge of women in hospitality, the glass ceiling and pay gap, the team was keen to dedicate a portion of the show to furthering the conversation. Jellybean suggested that, with the final day of the show falling on International Women’s Day, the entire programme could be dedicated to inspirational female figures. This was the catalyst for one of the show’s great successes, Women in Hospitality Day. A live signing by organisations including Greene King, Georgian House Hotel and The Institute of Hospitality, of a 10-point Diversity in Hospitality, Tourism and Leisure charter, dedicated to accelerating the process of gender inclusivity in the industry, provided yet another high point in a day described by visitors as: “Amazingly empowering”, “informative and inspirational” and “a celebration of diversity”.

Finally to the rebrand. Jellybean had known from the outset Fresh Montgomery’s plans to return Hotelympia back to its original name Hotel, Restaurant and Catering Show – a headline grabbing decision, elegantly tailored to nail the intent of the new team. Jellybean worked with key press to brief them ahead of time about the decision, advising that the announcement on the first day should not overshadow the current show or diminish its offer. Fresh Montgomery had committed £150,000 of investment to create the UK’s first hospitality and foodservice hosted buyer programme, offering 500 delegates complimentary travel to, and accommodation at, the venue, with a bespoke business matching tool ensuring a full agenda of exclusive one-on-one meetings and networking events with top-level buying personnel. This, we decided, was to be the main thrust of the communication – instantly recognising both the newsworthiness of the announcement and its worth as a hook to snare potential 2020 exhibitors.

On the back of such a positive campaign, Fresh Montgomery reported a record number of exhibitor reservations for the 2020 show. The campaign reached 8,201,812 people with a record 389 pieces of PR spread across 45 titles. A key KPI, 78% of the coverage gained was from proactive press releases, with 20% from contra previews and 2% from diary dates.