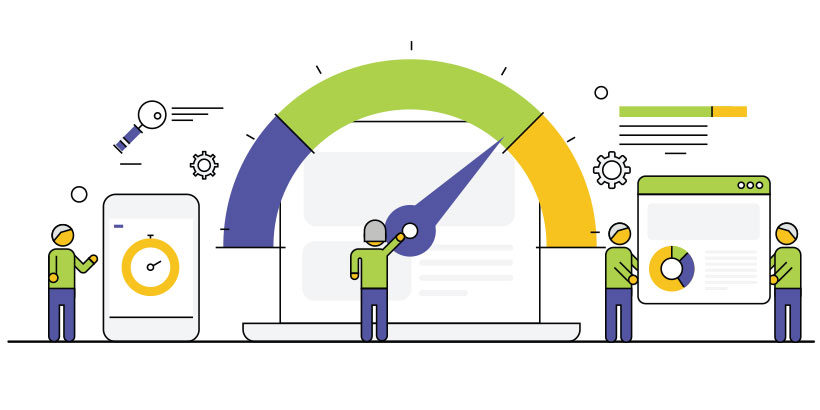 If you didn’t already appreciate the importance of Google when it comes to marketing, well, where have you been? Whether it’s search, advertising, local SEO via maps, or YouTube, they’ve got things pretty much sewn up. And you can add to the list, website page speed. If you’re not already obsessing over your page speed metrics, you ought to be. The fact is that your page speed score is vital.

Google is not only favouring faster sites in its rankings (a factor far outweighing most other factors) but it’s also now favouring sites that pay attention to what it calls its Core Web Vitals – another set of checks that test the behaviour of the pages. Recent releases to Google’s algorithm show that this is very much the way the search giant is headed, and if you’re not already on top of this, well, you’ll be at the bottom of results. But don’t take it from me, take it from these experts in a brilliant article called ‘Why Speed Matters’, posted on Google’s Web Dev site, and authored by Jeremy Wagner, Chris Anstey, and Bojan Pavic:

Performance plays a major role in the success of any online venture. High-performing sites engage and retain users better than low-performing ones.

Pinterest reduced perceived wait times by 40% and this increased search engine traffic and sign-ups by 15%.

COOK reduced average page load time by 850 milliseconds which increased conversions by 7%, decreased bounce rates by 7%, and increased pages per session by 10%.

Even good old Auntie Beeb got in on the action and noticed that they lost an addition 10% of users for every additional second their site took to load.

So, you can see that almost imperceptible increases of site speed (ms, not seconds) can deliver hundreds of thousands of pounds of additional turnover. Perhaps most interesting of all is the impact a slow site has on the user experience, and the perception left on your brand by a poor load time. A consumer study shows that the stress response to delays in mobile speed are similar to that of watching a horror movie or solving a mathematical problem, and greater than waiting in a checkout line at a retail store. Such is our impatience and need for immediacy in today’s fast paced world.

So what you are doing about page speed on your web properties?

If the answer to this is ‘not a lot’ then get in touch. At jellybean we’re experts at delivering significant uplifts in performance and can get you where you need to be.

Just recently we optimised the web presence for a client and achieved the following in just two days:

These are truly staggering results in such a short space of time and something we’re proud to share with you. Get in touch today if this something you’d like to discuss further email andy@jellybeancreative.co.uk